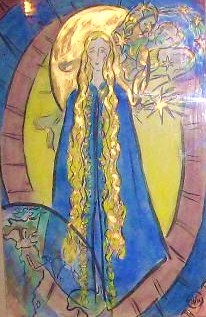 Greetings Aset Shemsu! Isian News 2019 Beltane Issue No. 172 has just been uploaded. You may view it at this link: Beltane 2019 Isian News. Heartfelt thanks to all those support members who continue to support and contribute to Isian News.
A new Oracle of the Season - the oracle of the Goddess Vesta from ritual no. 5, "Bohemia: Where is Bohemia?" Part I in "Athena - Arcadian Awakening" by Olivia Robertson

Painting of the goddess Dana by Olivia Robertson
Posted by Fellowship of Isis Central at 9:47 AM 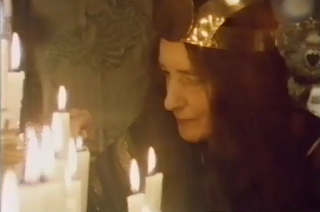