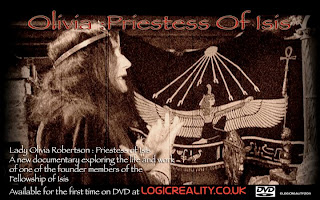 Here is a copy of the poster and a link to a trailer clip from the new DVD about Olivia Robertson from Logic Reality.

The DVD we have all been waiting for is now available for order. For more details please use this link:

Goddesses of the Dawn by Lawrence Durdin-Robertson 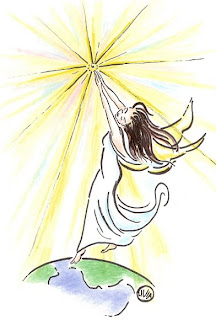 Goddesses of the Dawn 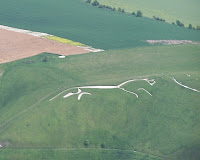 From Caroline Wise of Isis of the Thames Lyceum, London, UK:

"Saturday 18th of December is Epona's festival. I will be having a small ceremony, and would like to ask you to join me around the world if you wish. Horses, so important in our history and progression. We will be using this time to attune to Epona's frequency and see what insights and inspirations come."

You can view notes for the upcoming rite here:

Labels: Isis of the Thames Lyceum

Re: The Call of Isis 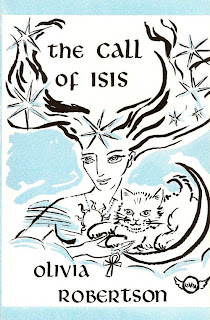 "The Call of Isis" has been added to the Fellowship of Isis Central website as requested by Olivia Robertson. Olivia calls this book her spiritual autobiography. All of the text, illustrations, foreword, introduction and covers of the various editions are available on the site.

Featured to the left: cover art by Olivia Robertson from the 1975 edition, printed by Cesara Publications, Ireland.

The Call of Isis

Re: Winter Solstice Ritual and Concert 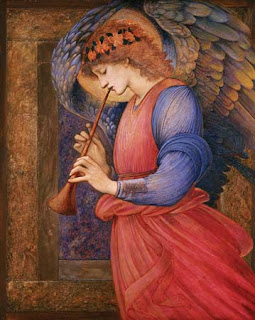 Come Celebrate with us …
The Arrival of Winter Solstice

Saturday, December 11 at 8:00 PM
At the Isis Oasis Redwood Theatre

Celebrate the return of the light

Mummy’s Kitchen, our fine restaurant, is offering a special menu for theatre goers: Arrive for dinner between 5:00 and 6:30 to be assured that you will have time for a Fabulous Feast of Pharaoh’s Finest Fused with Thailand’s Tastiest. 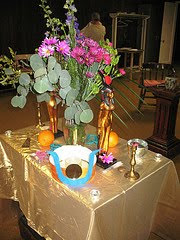 From Kasey Conder, Pr. H., and Founder of Temple of Isis Utah:

Come celebrate the birth of the son of Isis, the falcon-headed neter, Heru, who is encompasses the symbology of the majestic nature of the sun and the soaring falcon and hawks in the heavens.

The will be a modernized rite based on ancient festivities to commemorate the birth of Heru. (Note: Horus, Greek, Heru, Egyptian, also other spellings) We will invoke the seven ancient planets, going into a trance and have an oracle of the Divine Mother and the Divine Son.

According to Stephen Mehler in his book, "The Land of Osiris" and based upon oral indigenous traditions within Egypt, the named Heru or Hor meant the perfected man and thus Hathor would mean the perfected woman. Also to elaborate on his definition it would also mean a person who had a "flowering of senses" and attained a "degree of enlightenment". It also denotes a state of advanced consciousness.

This rite has mutliple meanings and will have a pyramid altar, the sacred number seven (also sacred in the Pythagorean Mysteries), and the sacred Apis Bull and Heavenly Mother Cow Goddess Hathor/Nuit.

Please join us. Space is limited. Please RSVP prior to day of and bring a vegetarian potluck dish to share afterwords.

Photo © Temple of Isis/Utah. Used by permission. Post © The Circle of Isis Advisory Board, Fellowship of Isis Central Global Website.

Posted by Fellowship of Isis Central at 12:58 PM

Royal Moon Gathering for friends of Temple Beautiful Isis on December 28 at 7 PM at a site nearby in Virginia Beach, VA, USA. Enjoy an evening under the stars where we will share the quiet mystery of the Goddess journey in Her Boat across the Sky. Oracles of the present Court of Isis in attendance. We thank our Fellowship and Friends for Prayers for the Gathering.