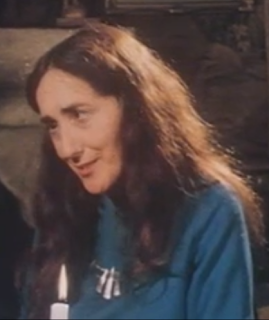 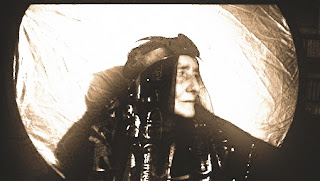 March 20th is the Vernal Equinox, which marks the 43rd anniversary of the founding of the Fellowship of Isis. It is also the day of the Full Moon, which on the west coast of the United States takes place at 6:43 PM. So today we honor the Moon Goddess with this oracle of the Goddess Ngame from Olivia Robertson:

Priestess: (Invocation) I invoke your inspiration, O Ngame, Triple Moon Goddess of Whom None in the Universe is greater. Caught in the dull web of our daily lives we look to Thee for the promise that lies concealed beneath Thy mysterious veils of magic.

Oracle: You cannot see your own body save for the tip of your nose and the front of your body down to your toes! You need to gaze into still water or a looking-glass in order to see yourself: and even then the image is reversed. All you have learnt from science is but a limited area of knowledge deduced from insufficient information, garnered through extended five senses and logical inference. You can, however, only understand the hidden spheres of the occult if you learn the language of symbols. Each symbol embodies a reality on another plane. The moon which I hold in my dark hands is the mirror both of the polarized rays of the sun, and of your own earth, when its shadow blackens the moon. So those who fear the eclipsed Full Moon reject their own shadow! The moon symbolizes duality, a duality that is even manifested by the Solar Deities, Who yet cast a shadow upon the lower earth plane. The God when reversed is a devil. Yet the moon in triple form shows forth that harmony which resolves duality.

The aetheric matrix of your earth appears to you as a dream reflection of physical life, to vanish at day-break. But in fact it is the causal essence of the physical plane. You can only alter physical matter through making changes in its aetheric counterpart. A table cannot be moved an inch without psychic volition. To do this knowingly is the art of magic. Spiritual transformation, rather than mere aetheric manipulation, is also the gift of the moon. As it is impossible for you to see your own face save in a mirror, so in order to know and transform your soul, you need to gaze into the aetheric lunar mirror. What you see therein may delight or terrify you! The ugly may see an angel: the handsome a monster. Union is achieved when the persona and soul are one: so the spirit is in harmony with itself. For what seems alien, even macabre, is your hidden self which, if banished, creates a vacuum in your soul. So deprived, you became psychically maimed.

During the past two thousand years, mankind has attempted to vault over the psychic spheres of the moon, and achieve the higher planes without it. Femininity, magic, the occult, were all despised, feared and exorcised in temples and churches; convents and colleges; in monasteries and laboratories. But now the time has come when mankind the student grows to adulthood. Each of you must face the reverse image instead of attacking it, labelling it heretic, devil, black witch, lunatic, hallucination! For the Three lunar spheres, psychic, spiritual and cosmic are an essential curve in the evolutionary spiral. In the Piscean age it was necessary for devotees to struggle with their own souls to achieve one-pointed purity. But in this coming Aeon of the Winged Ones the shadow image must be absorbed. So may the Greater Self include both higher and lower selves. Duality is resolved not through conquest but through harmony.

Every planet has its reverse twin and I preside over them all. And I also rule over the mightier duality of the shining stars burning in black space. Darkness and light are united in My cosmic embrace. I hold them in My arms as I do each one of you.

Oracle of the Goddess Ngame from Psyche: The Triple Moon. 2nd Sphere

Photo courtesy of Dennis Murphy of Logic Reality
Posted by Fellowship of Isis Central at 1:53 PM 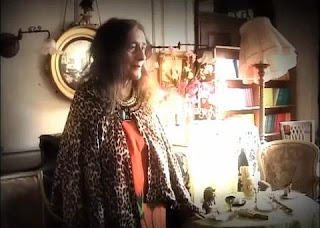 A new Italian Translation: A ritual from "Isis of Alchemy, Transformation Through the Goddess" has been translated by Ivana Circe Modesto of Pharmakou Potnia Iseum, Palermo Italy and Aglaia Francesca of Lyceum of the Divine Meow: Rituale no. 4. Il Pilone di smeraldo di Giove Il tempio ottagonale dell’ Alchimia