Use of Secret Identities within the Fellowship of Isis
Received from Olivia Robertson and Cressida Pryor
via Minette Quick, Hon. Sec. Circle of Brigid

Protection of Honesty and Integrity Within the Fellowship of Isis


In the Ethos of the Manifesto, since its Foundation in 1976, secret names never had any validity or authority within the Fellowship of Isis.

Olivia Robertson, Co-Founder of FOI
Cressida Pryor, Interfaith Minister and FOI Steward
Posted by Fellowship of Isis Central at 2:53 AM

Winter Workshop - Elen of the Ways

Received from Caroline Wise of Isis of the Thames Lyceum in London:


Elen of the Ways, Her Midwinter Aspects 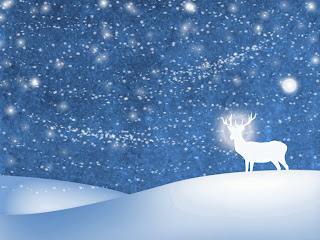 Led by Caroline Wise and Maria-Teresa Harmer in Central London on Saturday December 7th, 12noon – 7pm. £45 includes all materials for talismans. There will be light refreshments provided.

A day of practical and ceremonial magic, following the mythic tracks of the deer goddesses as the Great Wheel turns towards the Winter Solstice. We’ll be looking at the reindeer solstice magic and following the tracks of the deer goddesses in winter, where they can be found in Britain, their plants, elements and symbols. With talks, elemental talisman making, journeying, divination, also exploring the magical properties of the trees most associated with Elen.

Caroline Wise has worked with the Earth Mysteries since the 1970s, and has explored the mythic figure of Elen since the early 80s, whom she named Elen of the Ways, and came to associate with the reindeer. She published two monographs on Elen of the Ways in the mid-90s with her colleague, the artist Chesca Potter. She was editor of Skoob Occult Review and then The Occult Observer which she revived in the 1990s, and contributed an article on Elen and other goddesses in the book The Aquarian Guide to Legendary London. She is a Priestess in on the steering body of The Fellowship of Isis and gives talks and talks regularly on Elen of the Ways in the USA, Germany and Italy. She runs The Goddess Group and works as a publisher.

Maria-Teresa Harmer is a Priestess of Elen within the Fellowship of Isis as well as a Ceremonial Magician. She has taught and explored magic in its many different guises both alone and with her magical lodge in London. She organises workshops and retreats. She is a trained homeopath and works eclectically and is particularly interested in the cross-over between homeopathy, alchemy and magic. She is an ardent forager and likes nothing more than mixing potions with what she gathers and experimenting.
Posted by Fellowship of Isis Central at 5:31 PM

To all Global Sites and Isian News


The Fellowship of Isis also supports and honours the Sacred Arts in all their forms, including the creative arts and those members who express their vocation through said arts.
Lady Olivia would like to encourage all members wishing to move towards priesthood or membership of any other order within the Fellowship of Isis, to seek for guidance from those teachers, Iseums, Lyceums etc. which are recommended on the authorised Fellowship websites. This will enable each member to have a deeper and more enriched understanding of the purpose of the Fellowship and of the liturgy that Lady Olivia has mediated to us.

For more information please see the websites.
Posted by Fellowship of Isis Central at 2:55 AM